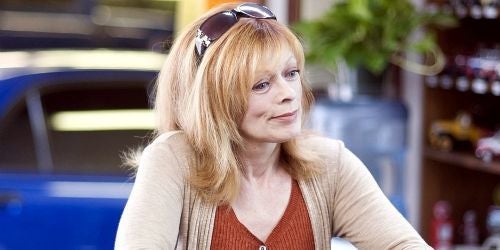 A Hollywood actress hit SAG-AFTRA with a proposed class action in California federal court alleging the union deceived members before agreeing to a series of collective bargaining agreements leading to slashed health care benefits for retirees and their families.

Frances Fisher, best known for playing the character Rose's mother in the movie “Titanic,” said the union and its lead negotiators violated their duty of fair representation to the union's 160,000 members by pushing them to ratify deals later revealed to necessitate major cuts for a subset of members.

“The benefit cuts effectively eliminated benefits under the SAG-AFTRA Health Plan for thousands of union members and their families … and many members face the dramatically increased hurdles for eligibility under the health plan in the future,” Fisher said.

Fisher said the union and the CBA negotiators knew the agreements they were hashing out would not be sufficient to fund benefits for all members who historically qualified, but withheld this knowledge from members. Instead, the union touted “transformative gains” for the health plan in postcards urging members to vote to ratify the TV and theatrical CBA last summer, Fisher said. The Netflix and commercial CBAs were previously approved by union leadership without member votes.

Fisher seeks to represent a class comprising all 160,000 SAG-AFTRA members, saying they have common interests and injuries. The suit includes the National Labor Relations Act duty of fair representation claim, seeking a court order voiding the relevant CBAs and reversing the benefit changes, among other things.

Fisher also plans to allege the union breached its fiduciary duty through the same conduct, having initiated the suit in June with a motion seeking the court's permission, which is required, to bring this claim. U.S. District Judge Christina Snyder said she filed out of order in a brief order last month, directing her to first file her complaint and then seek the OK to add the fiduciary breach claim.

SAG-AFTRA described the suit as “completely without merit” in a statement Wednesday. The union said the health plan is a “completely separate and distinct legal entity” and that the changes were the “result of economic pressures from the pandemic and sustained hyperinflation in the health care sector.”

“These kinds of decisions are made by the plan and are not within the purview of the SAG-AFTRA union,” the group said.

Attorneys for Fisher did not immediately respond Wednesday to a request for comment.

The union and the officials are represented by Julie Gutman Dickinson and Lisa Demidovich of Bush Gottlieb.

The case is Frances Fisher v. SAG-AFTRA et al., case number 2:21-cv-05215, in the U.S. District Court for the Central District of California.