From Baseball To Blockchain: The Right Of Publicity In NFTs 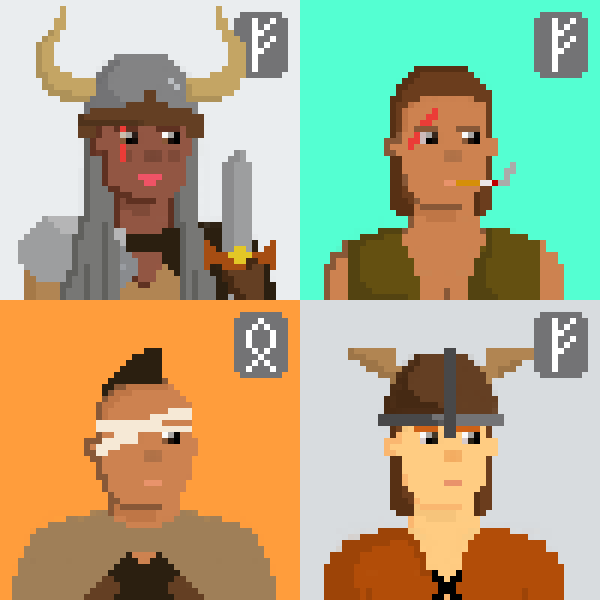 If you're a practicing attorney in the entertainment or technology spaces, it's a safe bet that not a week has gone by in 2022 without someone asking you about nonfungible tokens, or NFTs.

Built on top of the same infrastructure that powers cryptocurrencies such as Bitcoin and Ethereum, NFTs operate as unique digital certificates that are nominally tied by the seller to some piece of external media, which could range from classic movie memorabilia to procedurally generated artwork of cartoon apes.

The primary hook of NFTs is that their history of ownership — to the extent that one can exclusively possess a digital file — is tracked through a distributed online ledger known as the blockchain. And while many debate the value proposition of such ownership, the explosive growth of the NFT market — and the billions of dollars it has generated for savvy entrepreneurs — has forced even skeptics to take notice.

The legal community, for its part, has taken to NFTs like catnip, hosting countless continuing education seminars for the intellectual property set to demystify the technology. The most frequent topics of discussion tend to center around copyright law due to the abundance of NFTs that are tied to original digital artwork, such as the Bored Ape Yacht Club and CryptoPunks.

This focus on copyright law, however, inherently limits the discussion to the rights of the purchaser — i.e., whether the purchase of an NFT grants any rights to the associated artwork.

Copyright law has little to say, comparatively, about the rights of an NFT seller, because the tokens do not embody any media themselves — they merely point to the existence of such media at a separate location.

As such, it is arguably possible to create — or mint — and sell any number of NFTs nominally representative of others' copyrighted works without ever once trammeling on an exclusive right of ownership under Section 106 of the Copyright Act.[1]

The question, then, is what alternate legal regimes are best suited to keep counterfeit NFTs at bay? To answer this, it behooves us to consider what makes an NFT valuable in the first place.

And that brings us to the subject of baseball cards.

As chronicled in a comprehensive 2001 law review article by J. Gordon Hylton, baseball cards first arose in the late 1800s to serve as an advertising vehicle for cigarettes — and, later, bubblegum — before eventually becoming collectibles in their own right after World War II.[2]

To better capitalize on their sudden rise in popularity, companies began signing major league baseball players to exclusive contracts that prohibited collaborating with competitive card producers. Invariably, these companies began to step on one another's toes with overlapping collections, and this ultimately resulted in the seminal litigation of Haelan Laboratories v. Topps Chewing Gum.

The 1953 decision in U.S. Court of Appeals for the Second Circuit established the right to control the commercial use of one's identity as a property interest and coined the term "right of publicity."[3]

As the right of publicity was popularized and refined over the decades following Haelan, courts repeatedly made clear that it could not be utilized to prohibit or penalize the sale of copyrighted works that merely embody an individual's likeness, which is why one can buy or sell the image of a baseball player as a standalone photograph free and clear of such concerns, which the U.S. Court of Appeals for the Ninth Circuit reaffirmed in its 2017 Maloney v. T3Media Inc. decision.[4]

Instead, the right of publicity would come into effect when those photographs are used to sell collateral goods and services, affording the pictured individual the right to determine where and how their persona is so exploited. The value of authorized trading cards therefore lies not in the mere use of players' likenesses, but in the fact that the right of publicity imbues them with the players' imprimatur. From there, artificial scarcity turns the products into collectibles, allowing humble pieces of cardstock to sell for millions of dollars.[5]

NFTs operate in much the same way. Consider, for example, Quentin Tarantino's collection of NFTs representing pages of his original handwritten screenplay for the 1994 film "Pulp Fiction," the first of which sold at auction for $1.1 million.[6] Certainly, the novelty of the underlying copyrighted material for these NFTs adds to their intrigue, which is why Miramax LLC — the studio that owns Pulp Fiction — quickly sued Tarantino for denying it the opportunity to conduct the sale itself.[7]

However, the fact that the NFT came directly from the creative mind behind Pulp Fiction itself undoubtedly buoyed the auction price in a way one would not expect to see replicated if others were to attempt to mint and sell duplicate NFTs.

But what if this expected purchase price differential were not enough to dissuade an unscrupulous NFT purveyor from nevertheless launching collections based on the works of others? Take HitPiece, the infamous startup that offered, then quickly shuttered, a platform to purchase NFTs of every single song in Spotify's music streaming catalog without consulting any of the affected musicians ahead of time.[8]

The company's co-founder, Rory Felton, squarely placed HitPiece's offerings into the lineage of Haelan Laboratories by describing the NFTs being sold as "trading cards for songs," according to Rolling Stone.[9] Yet most discussion of HitPiece's potential legal exposure sounded in copyright, not right of publicity:

Alex Ruden­shiold, guitarist for metal band Infant Island and a graduate student studying internet culture at the University of Virginia, tells Rolling Stone in an email that, despite all the uproar over HitPiece, "this particular grift doesn't really affect artists in that HitPiece wasn't even selling files of the songs — just the receipt of purchase to the general idea of them."

But just because HitPiece wasn't trying to sell actual songs doesn't mean artists had no right to be upset about their work being sold in some capacity on the site. "It's still copyright infringement," Ruden­shiold adds. "It's re-commodifying the metadata (art, song and album titles, etc.) to make money without permission."[10]

To be sure, any decision by HitPiece to reproduce on its website the artwork accompanying each song would create tangible copyright exposure, but principally from the record labels that tend to own the artwork in question, not the performing artists.[11] As to the remaining metadata identified by Ruden­shiold, no copyright infringement results from HitPiece commodifying song and album titles, which are the province of trademark law to protect.[12]

Indeed, had HitPiece been savvy enough to simply link to copies of the album art hosted by Spotify or another third party provider, it might have even been immunized for publicly displaying the art under the Ninth Circuit's "server test," which was established in the 2007 Perfect 10 Inc. v. Amazon.com Inc. decision.[13]

Copyright protection is thus not particularly well-suited to solve a problem like HitPiece, at least on the artists' side.

Recall, however, Felton's characterization of HitPiece's NFTs as "trading cards for songs." And unlike the parody trading cards that the U.S. Court of Appeals for the Tenth Circuit blessed in 1996's Cardtoons LC v. Major League Baseball Players Association,[14] the value of each HitPiece offering consists, in the words of the Second Circuit's 2020 Jackson v. Roberts decision, "predominantly of the unauthorized exploitation of a person's valuable persona."[15]

Every NFT drew its value from the use of associated artists' names, which courts throughout the country have found the right of publicity to protect in both individual and group capacities, including in:

Every piece of album art featuring the performers implicated further right of publicity violations, regardless of whether the displays were actionable under copyright law, because — as the California Court of Appeals noted in 2014's Timed Out LLC v. Youabian Inc. — "it is not the publication of the photographs themselves" that forms the artists' claims, but the use of their likenesses to promote HitPiece's business.[22]

And unlike copyright law, which conditions attorney fee awards on both timely registrations under Title 17 of the U.S. Code, Section 412 and the court's discretionary approval under Title 17 of the U.S. Code, Section 505,[23] California's right of publicity statute requires no registrations[24] and makes fee shifting in favor of prevailing parties mandatory,[25] providing a far more robust incentive for creatives to pursue appropriation of their identities in the NFT space.

Given the above, the relative lack of discussion surrounding right of publicity issues in the NFT ecosystem is perplexing. Slate's coverage of HitPiece noted that "[i]dentity appropriation is an issue in other crypto spaces, as well: YouTubers, artists, and influencers have had their likenesses used to mint NFTs yet see none of the profit."[26]

With so much attention being given to the marquee NFT collections generated from specially commissioned artwork, and so much NFT discussion centering around the copyright quirks of such collections, it is worth considering that the issue of rogue NFTs may be best addressed under a different legal regime. They are, at the end of the day, counterfeit trading cards.

Daniel B. Lifschitz is an associate at Johnson & Johnson LLP.

The opinions expressed are those of the author(s) and do not necessarily reflect the views of the firm, its clients, or Portfolio Media Inc., or any of its or their respective affiliates. This article is for general information purposes and is not intended to be and should not be taken as legal advice.

[1] These include the right to reproduce, prepare derivative works based upon, distribute, publicly perform, and/or publicly display the copyrighted work. 17 U.S.C. § 106.

[4] See, e.g., Maloney v. T3Media, Inc., 853 F.3d 1004, 1010-11 (9th Cir. 2017) ("when a likeness has been captured in a copyrighted artistic visual work and the work itself is being distributed for personal use, a publicity-right claim interferes with the exclusive rights of the copyright holder, and is preempted by section 301 of the Copyright Act").

[8] Jon Blistein, "HitPiece Wants to Make Every Song in the World an NFT. But Artists Aren't Buying It," Rolling Stone (Feb. 2, 2022), https://www.rollingstone.com/music/music-news/hitpiece-nft-song-controversy-1294027/.

[11] This is likely why it was the record labels' trade group, the Recording Industry Association of America, that quickly threatened litigation against HitPiece, rather than any consortium representing the recording artists themselves. See Eamonn Forde, "Greatest Hit: RIAA Targets HitPiece Over NFT Infringements" (Feb. 7, 2022), https://www.forbes.com/sites/eamonnforde/2022/02/07/greatest-hit-riaa-targets-hitpiece-over-nft-infringements/.

[12] See Copyright Office Circular No. 33, "Works Not Protected by Copyright" (Mar. 2021), https://www.copyright.gov/circs/circ33.pdf ("Words and short phrases, such as names, titles, and slogans, are uncopyrightable because they contain an insufficient amount of authorship. […] Under certain circumstances, names, titles, or short phrases may be protectable under federal or state trademark laws.").

[16] Bi-Rite Enters., Inc. v. Button Master, 555 F. Supp. 1188, 1199 (S.D.N.Y. 1983) ("A group [of human beings] that develops market value in its persona should be as entitled as an individual to publicity rights in its name[, . . . as] [t]he rationale for protecting the right to publicity does not justify treating similarly situated plaintiffs differently merely because one is an individual and one is a group member.").

[26] Aaron Mak and Nitish Pahwa, "'This Is Not the F-king Way to Do It': How the NFT startup HitPiece managed to piss off hundreds of musical artists at once," Slate (Feb. 2, 2022), https://slate.com/technology/2022/02/hitpiece-nfts-crypto-music-controversy.html.