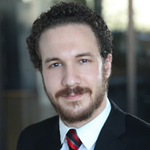 Daniel B. Lifschitz is a Senior Associate at Johnson & Johnson

Mr. Lifschitz has spent his career specializing in copyright and entertainment law. While in law school, he earned the top grades in his class for both Copyright Law and International Copyright Law, was awarded the 2012 Paul Miller Scholarship from the Los Angeles Copyright Society, had his scholarship on intellectual property published in Loyola's International and Comparative Law Review, and graduated with honors from Loyola's Entertainment Law Concentration. In practice, he has litigated industry-leading cases on a variety of copyright law issues, including pre-1972 sound recordings, mechanical licenses, and anti-bootlegging protections. He has also taken analytical lead on a number of class actions involving underpayment or non-payment of royalties to artists.

In addition to his litigation work, for which he has been repeatedly recognized as a Rising Star by Super Lawyers, Mr. Lifschitz teaches entertainment and copyright law courses at the University of California, Los Angeles. He has written articles on entertainment law matters for the Los Angeles and San Francisco Daily Journals, Law360, Los Angeles Lawyer, the Los Angeles County Bar Association's Entertainment Law and Intellectual Property Section, the New York State Bar Association, the Computer & Internet Lawyer, and the University of Southern California's Entertainment Law Spotlight, He has also participated in the lobbying efforts of the California Conference of Bar Associations, helping to shepherd multiple proposed amendments to California's anti-SLAPP law through to passage by the full Conference.