TALES AND LESSONS REGARDING THE RIGHT OF PUBLICITY – ENTERTAINMENT , ARTS AND SPORTS LAW JOURNAL 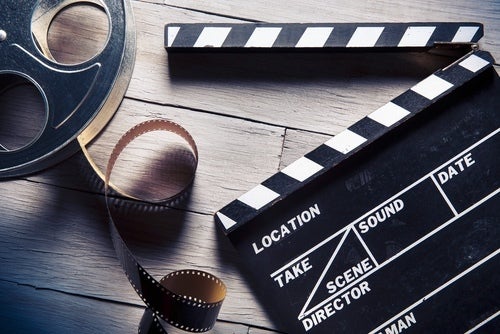 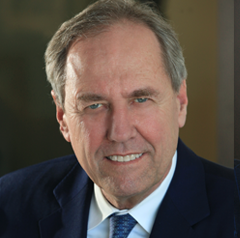 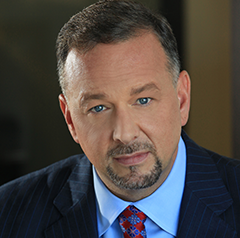 The use of images of individuals to sell products has gone on since the birth
of advertising. Actors, models, celebrities, and common folk must consent to the use of their names and likenesses in a commercial setting. Many cases have been litigated where violations of the “right of publicity” have occurred. Below are some tips and war stories for anyone engaged in producing intellectual property of this nature or advising those who do.

First, it is important to be aware that a wronged victim must proceed under the New York Civil Rights Law §§ 50-51. There is no common law right of publicity existing apart from these statutory rights.1

Section 51 provides that a plaintiff may “sue and recover damages for any injuries sustained by reason of such use.” Damages in a right of publicity claim include “mental strain, humiliation, distress associated with the traditional notion of privacy.” The statute also protects “the privacy interest of a public figure “‘whose economic interests are affected by the wrongful exploitation of his or her name or likeness.'”2

Section 51 provides for equitable relief in the form of an injunction.3 In fact, once a violation is established, “the plaintiff may have an absolute right to injunction, regard- less of the relative damage to the parties.”4

California Civil Code § 3344 enables a plaintiff to recover from the defendant “any profits from the unau- thorized use that are attributable to the use” as well as prevailing party attorney's fees.5 There are no analogous  provisions in § 51. In Zoll v. Ruder Finn, Inc.,6 the court held that evidence of the defendant's sales of a videotape using the plaintiff's image without consent were not relevant to the plaintiff's damages under §§ 50-51, as such damages “will, in all likelihood, be limited to a nominal amount … ‘since they are designed primarily to compen- sate for injury to feelings.'”7 However, like the California right of publicity statute, New York Civil Rights Law § 51 permits a plaintiff to recover punitive damages where the defendant “knowingly” used the plaintiff's name, image or voice unlawfully.8

“Conversely, talent needs to be aware and mindful not to sign any releases without a full understanding, and to keep the copyright in all images for which they pay.”

What these cases teach is the value of tickler sys- tems for those who hire models or license images. Many cases involve contracts where the image was legitimately licensed for a period of time, but the license expired. That is when the tort begins. If the wrongdoer continues to utilize the image after notice, punitive damages then be- come available. If the wrongdoer has an option to use the image, the plaintiff may demand payment for the entire option period, even if the defendant only used the image for a portion of the option period.

Another problem for those who advertise is whether the chain of license is bona-fide. Many times a photogra- pher licenses an image that was taken without the consent of the person depicted therein to be used for commercial purposes. The advertiser will still be liable and left with an indemnity claim against its licensor.

One variation on this is the photographer who is hired to do a “head shot” for a model or actor and has the talent sign a “standard release,” which effectively says that the photographer can use the image for any purpose. This is not a valid consent, as there is no consideration given by the photographer to the person posing. Con- versely, talent needs to be aware and mindful not to sign any releases without a full understanding, and to keep the copyright in all images for which they pay.

The best defense to a §§ 50-51 claim is the newswor- thiness exception. The newsworthiness exception permits the unauthorized use of a person's name or likeness in advertising matters of “public interest” if the person's likeness bears a “real relationship” to the subject matter of the publication and is not an “advertisement in disguise.”9

“The court observed that the dispute over the exploitation of Marilyn Monroe's persona ended the way Monroe herself predicted over 50 years ago: ‘I knew I belonged to the public and to the world, not because I was talented or even beautiful but because I had never belonged to anything or anyone else.'”

The newsworthiness exception “is both a matter of legislative intent and a reflection of constitutional values in the area of free speech and free press.”10 Therefore, courts define “public interest” broadly. “Newsworthi- ness” and “public interest” in this context have been construed “in most liberal and far-reaching terms” to encompass “all types of factual, educational and historical data, or even entertainment and amusement, concerning interesting phases of human activity in general.”11

Finally, California law provides protection against the unauthorized use of a deceased personality's name, voice, signature, photograph or likeness.12 To bring an action under § 3344.1, the deceased person's name, voice, signature, photograph, or likeness must have had com- mercial value at the time of his or her death; and any person claiming to be a successor in interest to the rights of the deceased personality must register a claim to those rights with the California Secretary of State.

However, there is no such right in New York, making a deceased celebrity's domicile at time of death an important consideration.13  In the Marilyn Monroe case, Monroe  died in 1962 at a house she owned in Brentwood, California. Monroe also maintained her prior residence in New York City. The issue before the court was that if Monroe was a California resident at her death, the Monroe estate would have inherited control of her name and likeness; if she was a New York resident, then those rights would have expired when Monroe died.

After Monroe's death, her lawyer and executor as- serted to both the New York courts and the California tax authorities that Monroe died a domiciliary of New York. In 2005, Marilyn Monroe LLC sued Milton Greene Archives, Inc., claiming ownership of Monroe's right of publicity under the California Civil Code and alleging that the defendant unlawfully used Monroe's image and likeness.

The Ninth Circuit held that judicial estoppel pre- vented Marilyn Monroe LLC from taking the position that Monroe died domiciled in California, when it had prevailed in earlier suits on the premise that Monroe was a domiciliary of New York: “This is a textbook case for applying judicial estoppel. Monroe's representatives took one position on Monroe's domicile at death for 40 years, and then changed their position when it was to their great financial advantage.”14

The court observed that the dispute over the exploita- tion of Marilyn Monroe's persona ended the way Monroe herself predicted over 50 years ago: “I knew I belonged to the public and to the world, not because I was talented or even beautiful but because I had never belonged to anything or anyone else.”15

3. N.Y. Civ. Rights Law § 51 (the person wronged “may maintain an equitable action in the supreme court of this state against the person, firm or corporation so using his name, portrait, picture or voice, to prevent and restrain the use thereof”).

Neville Johnson and Douglas Johnson are partners at Johnson & Johnson LLP, in Beverly Hills, CA, which specializes in entertainment litigation and transactions. Associate Ron Funnell assisted in writing the article.