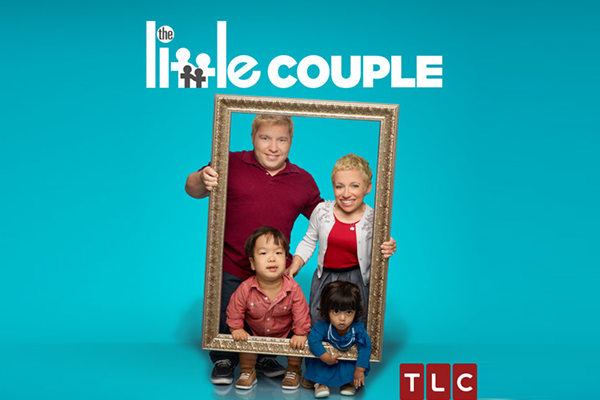 Jen Arnold and Bill Klein, stars of the TLC series The Little Couple, are asking a judge to allow them to intervene in litigation between producer LMNO Cable Group and Discovery Communications, TLC's parent company. In court papers filed in California federal court this week, the two are making their first move at ultimately rescinding intellectual-property rights they've conveyed and collecting what they believe to be their rightful share of contingent compensation from the series.

Thanks to information brought to light by LMNO's former accountant, the series, as well as some of LMNO's other shows, remains in purgatory.

The dispute first went public last June, when LMNO brought a $7 million lawsuit against Discovery for allegedly trying to “steal” The Little Couple. According to the producer, the accountant attempted extortion and also tried to falsify records to hide hundreds of thousands of dollars in embezzled money. The FBI began to investigate, and upon learning of this, Discovery allegedly leveraged the situation, manufactured bad-faith claims and attempted to assert control over LMNO's intellectual property.

Discovery has a different story in its cross-claims filed last August. There, the accountant is described as a “whistleblower” who revealed how the cable-network giant was being systemically defrauded via inflated production costs for these shows. Discovery asserts that it has a contractual right to take over ownership.

Watching from the sidelines until now, Arnold and Klein have become victims of the legal drama. Production of The Little Couple, one of TLC's higher-rated shows, has suspended while LMNO and Discovery duke it out. But now comes the two stars of the show seeking to stake their own entitlement to money and ownership.

“Intervenors have now learned that LMNO engaged in systematic fraud against them and Discovery by grossly inflating purported expenses, falsifying accounting documents, and falsely contending that no contingent compensation was due to Intervenors,” states the couple's attorneys, Jennifer McGrath and Neville Johnson.

The proposed complaint that Arnold and Klein wish to file asserts breach of written contract, fraud, conversion, unfair competition, accounting and more. They are seeking compensatory damages, punitive damages and emotional-distress damages. Rescission of intellectual-property rights for reality stars would be breaking ground in the television industry.

Discovery isn't opposing the motion for intervention. However, its attorneys are reserving rights with respect to the stars' claims.

The main opposition at the moment comes from Edward Horwitz, formerly an executive vp at LMNO who is now head of productions for CBS Television's The Talk. He is a proposed defendant in complaint that Arnold and Klein wish to file. Horwitz is opposing the requested intervention on the basis of being too late.

“Even if Proposed Plaintiff-Intervenors justifiably ignored the allegations of fraud made against Mr. Horwitz in early 2016 and Discovery's abrupt removal of LMNO as producer of The Little Couple, nothing explains their failure to timely react to the pleadings subsequently filed against LMNO,” states court papers from Horwitz, adding that Arnold and Klein haven't satisfied requirements to properly join him as a defendant at this juncture. “The notion that Proposed Plaintiff-Intervenors, whose proposed complaint in intervention merely repackages allegations already made by Discovery, can commandeer this action and drag Mr. Horwitz into the fray at the eleventh hour is completely inappropriate.”