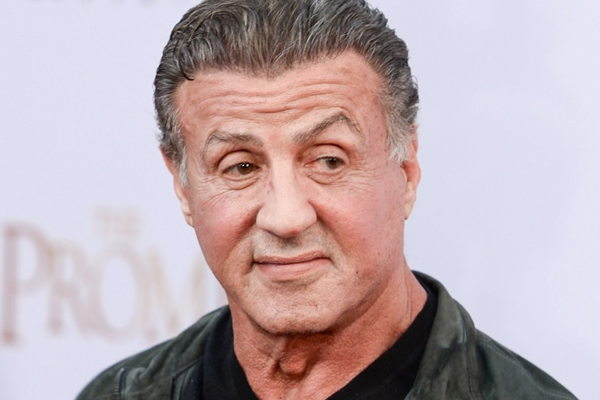 Sylvester Stallone says he believes he is still due more pay for the film “Demolition Man,” and his suit brings causes of action for breach of written contract, fraud and accounting, among other claims. (AP)

Stallone's suit was filed by Rogue Marble Productions, his loan-out company. “Demolition Man” has earned at least $125 million in “defined gross,” so the actor's 1992 agreement with the studio entitled him to at least 15 percent of that sum, the suit says. Additionally, it says, Warner Bros. had not sent out a profit participation to Stallone since 1997. When the actor contacted Warner Bros. in May 2014, the studio sent a statement indicating that the film had a $66.9 million deficit.

“The motion picture studios are notoriously greedy,” the suit says. “This one involves outright and obviously intentional dishonesty perpetrated against an international iconic talent.”

After Stallone questioned the validity of the numbers presented, he received a check for $2,820,356 from the studio, without details on how the dollar amount was calculated.

“Here, WB decided it just wasn't going to account to Rogue Marble on the film,” the suit says. “When challenged about this false accounting, it made a double-talk excuse.”

Stallone says he believes he is still due more pay for the film, and his suit brings causes of action for breach of written contract, fraud and accounting, among other claims.

“WB intentionally concealed or suppressed the material facts with the intent to defraud Rogue Marble because, by concealing or suppressing the facts, WB was able to maintain control over a significant amount of money for its own benefits,” the complaint says.

In addition to restitution, a full accounting for the film and other damages, Stallone seeks punitive damages “in an amount appropriate to punish or set an example of the defendants.”

Representatives for the parties declined to comment on Wednesday.

The law firm representing Rogue Marble, Johnson & Johnson LLP, specializes in entertainment law. It was the lead counsel in a class action settled on behalf of writers, actors and directors against unions over the distribution of millions in foreign royalties. Johnson & Johnson also represented the plaintiffs in a proposed class action alleging Paramount Pictures Corp. withheld home-video profits from the makers of older Hollywood films, another case that settled.