Say Goodbye to the Back-end 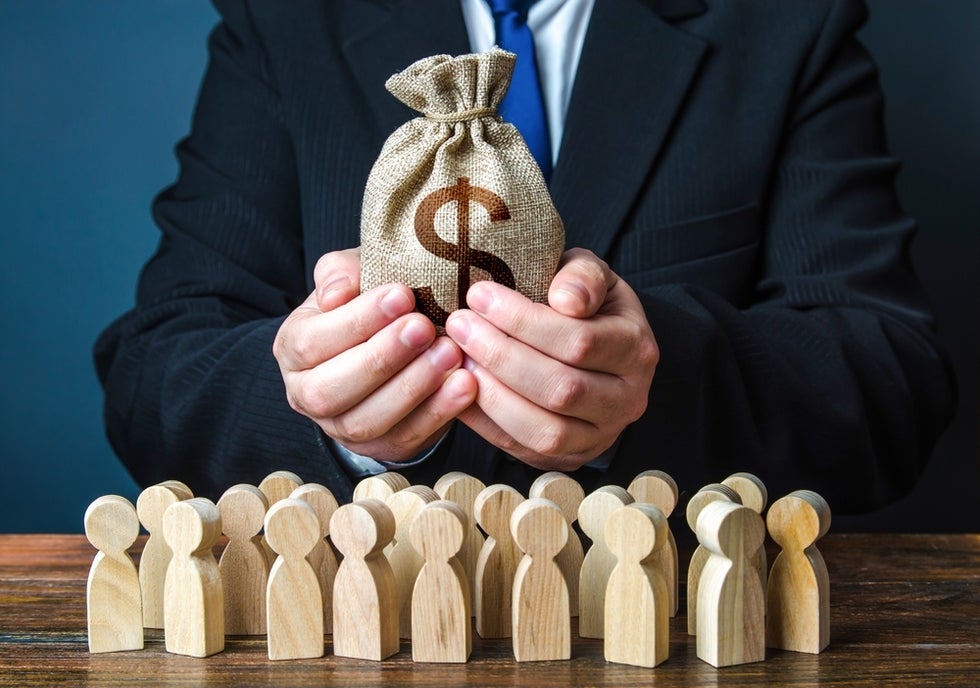 “The only constant in life is change,” opined the Greek philosopher, Heraclitus. No business embodies this maxim quite like the movie business, which is currently in the throes of hammering out new prevailing formulas for compensating talent in the age of digital streaming. Starting with Netflix, then Amazon, and the other major studios now following, the end of “back-end” deals has arrived. In other words, as a general rule, talent can no longer expect to share in the profits of productions. In the new paradigm, pioneered by Netflix, a film's talent (e.g., its actors, writers, producers, and directors) will be paid their flat compensation, and perhaps some contingent “kickers” triggered by certain favorable outcomes (such as nominations or awards garnered, and if the movie is exhibited successfully theatrically). But the prevailing theme now is to “get it upfront.” This methodology is non-negotiable; it's “take it or leave it.”

To be fair, these new deals are great for “turkeys” – shows that don't make back their costs of production. Indeed, the general rule is that fewer than five percent of motion picture and television productions ultimately “earn out” by going into profit, which may provide some consolation for those wishing for and not getting back-end deals. It's the runaway successes that will suffer --- and the very nature of subscription streaming obfuscates what counts as success. Customers are granted access to a platform's entire library of content for a fixed periodic fee, with no way to reliably attribute which customers join or remain specifically to consume a particular program, rendering the traditional notion of “recoupment” largely an artifice. Additionally, streaming platforms frequently refuse to reveal their proprietary consumption data (such as the numbers of viewers of a program, who those viewers are, and where they are watching from), leaving talent with little in the way of meaningful metrics to determine a program's popularity. For those that don't “make their numbers,” sure, it's a good deal. But again, who knows what the numbers are?

All of the above is occurring against a backdrop of diminished theatrical exhibition, hastened by the COVID-19 crisis, with some prognosticators predicting that we will come out the other side of the pandemic with a mere ten percent of theaters in the United States continuing to operate as compared to what we presently have. Streaming has ushered in a deluge of “day and date” releases placing films in theaters and on streaming platforms simultaneously -- and that's when there's a theatrical release at all. Given the proliferation of streaming outlets and the concomitant increase in productions to satisfy their user bases, industry professionals now expect these types of deals to become the norm, as the studios have long wished to end or significantly curtail back-end compensation, with COVID-19 providing the scapegoat.

This brings us to the recent dispute between Scarlett Johansson and Walt Disney Pictures over her latest (and likely last) Marvel movie, “Black Widow.” Johansson signed a deal with Marvel in 2017 that required “Black Widow” to be distributed across at least 1,500 screens, and according to Disney, it ultimately landed on over 30,000 worldwide. However, at the same time “Black Widow” was debuting in movie theaters, it was also made available for streaming (for a premium fee) on the Disney+ streaming platform. This, according to Johansson's attorneys, eviscerated her expectations of a traditional “windowed” release, whereby a period of theatrical exclusivity eventually gives way to exploitation of a film on secondary distribution channels.

Given that the purpose of windowing is to drive customers to movie theaters and maximize a film's box office numbers (from which Johansson likely draws the majority of her contingent compensation), the conversion of “Black Widow” from a traditional windowed release to a “day and date” release was seen as a purposeful undermining of Johansson's reasonable expectations for the benefit of growing the Disney+ customer base. Marvel had failed to successfully renegotiate Johansson's contract to account for its revised distribution plans, instead electing to rely on the deal's lack of an express obligation to window the film's release. Stories of such hard-nosed tactics, while common in the film industry overall, are particularly surprising between parties of such high industry stature, and seem to auger a new dynamic more befitting of the technology industry than the motion picture industry (to the extent one can still find the line between the two).

Indeed, as recently outlined by Eriq Gardner of The Hollywood Reporter, Disney's jettisoning of any sense of comity in its defense of Johansson's claims makes clear that talent lawyers can no longer rely on industry norms being respected without express articulation.[i] In a pre-COVID world, Johannson would hardly need to spell out that “it was well understood by the parties and Disney that a ‘theatrical release' referred to an exclusive release in theaters for an extended period of time that was roughly 90-120 days.” But times have indeed changed.

When Johannson's agreement was brokered in 2017, the notion of a nonexclusive theatrical release for a Marvel film — which regularly gross 10 figures at the international box office — was simply inconceivable. Talent contracts were frequently silent on windowing specifically because the fact and details thereof were relegated to the studio's distribution agreements with theater chains. Indeed, “Black Widow” is Johansson's sixth film in the Marvel Cinematic Universe, the previous five of which all received traditional windowed releases. Under California law, the terms of a contract may be explained or supplemented by custom and practice within a relevant industry, as well as the contracting parties' prior dealings.[ii] Given that Marvel's chief counsel allegedly represented to Johannson's team that “Black Widow” “would be widely theatrically released like our other pictures,” it would have been reasonable to expect a sixth exclusive theatrical windowing. The question is when a reasonable expectation becomes a legal mandate – a timely test of the limits of the implied covenant of good faith and fair dealing.

How does Johannson's argument play in real terms for other profit participants? Hers is an innovative argument, but it is up against the realities of motion picture distribution in these unprecedented times and the business judgment of distributors navigating the same. The studios have traditionally retained the right to do as they will when it comes to windowing (and many other aspects of distribution) unless specific practices are expressly prohibited. Given that windowing for home video is no longer a primary concern for the industry, having been significantly diminished (if not outright demolished) by streaming and other video-on-demand services, the economic argument for implying such obligations is becoming less tenable with time. Combine this with the general notion that talent does not like suing employers and we may not see many copycat lawsuits.

There is one other very interesting aspect to Johansson's lawsuit, as she sued Disney for interference with contract rather than Marvel for breach of contract. Disney is the parent company of Marvel and not a signatory to Johansson's deal, making it fairly obvious that they were sued in Marvel's place to avoid mandatory arbitration thereunder. It is common wisdom in the entertainment industry that the court system provides a “better shake” for talent than arbitration, which is virtually universally conducted by providers seen as ‘in the pocket' of the studios (as they rely heavily on the repeat business of institutional defendants).[iii]

The foregoing should not be seen as a universal indictment of neutrals in the entertainment industry, however, as not even the studios' preferred arbitration providers can always turn a blind eye to egregious misconduct. In February of 2019, for example, a JAMS arbitrator hit Twentieth Century Fox with a penalty of nearly $179 million for its “reprehensible conduct” in defrauding various profit participants on the “Bones” television series. However, Twentieth Century Fox was able to have nearly $129 million of the award stricken in Los Angeles Superior Court on the basis that the arbitrator had granted it under the guise of punitive damages, and because the parties' contracts included a waiver of punitive damages as an available remedy, the arbitrator had exceeded his authority.[iv]

For better or worse, the law was on Twentieth Century Fox's side. Parties can choose to waive the availability of punitive damages in a future dispute by contract so long as the provision doing so is not substantively unconscionable – a contextual determination that relies heavily on public policy considerations.[v] The same is true for waiving consequential damages, although a defendant's failure to timely raise the relevant contract provision may result, entertainingly enough, in a waiver of the waiver.[vi]

Clearly, it is more imperative than ever for transactional lawyers to pay close attention to the provisions their clients are agreeing to, as many age-old assumptions are being challenged in this new era of dealmaking where nothing can be taken for granted. Even where the right to contingent compensation is provided, the method by which it is calculated and each party's latitude to undertake actions impacting such calculation are arguably more important than the right itself. If studios are free to fudge the numbers, limit their liability for doing so, and muzzle profit participants' grievances through mandatory private arbitration, a talent contract may prove to be worth less than the paper it is printed on. As 19th century French critic, journalist, and novelist Jean-Baptiste Alphonse Karr famously quipped, “the more things change, the more they stay the same.”

[i] Eriq Gardner, “How the ‘Black Widow' Battle Could Break the Mold on Hollywood Dealmaking.” The Hollywood Reporter (Aug. 25, 2021), https://www.hollywoodreporter.com/business/business-news/how-black-widow-battle-could-change-long-standing-industry-customs-1235002215/

[v] Lange v. Monster Energy Company, 46 Cal. App. 5th 436, 448 (2020) (holding that in an action for wrongful termination in violation of public policy, “a waiver of punitive damages as a remedy for all non-statutory claims…is substantively unconscionable regardless of its mutuality”)