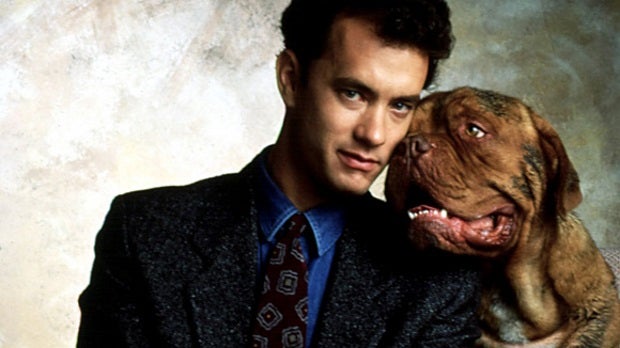 Disney Headed to Trial Over ‘Turner & Hooch' Profits
A Los Angeles judge trims claims, but allows the producer's widow to move forward on fraud.
Disney can't escape a lawsuit that contends the studio has concealed profits from the 1989 Tom Hanks comedy Turner & Hooch. In a decision issued Friday that sets the stage for a trial, a judge has ruled that Christine Wagner, whose late husband produced the film, can move forward on her fraud claim.
Wagner alleges Turner & Hooch, which grossed $71 million at the box office and more in home entertainment, was profitable as early as 1991, but that Disney misrepresented this in profit participation statements in the past decades. Wagner asserts she should be seeing more royalties.
On summary adjudication, the studio argued that an incontestability provision in documents between the parties barred claims.
Los Angeles Superior Court Judge Samantha Jessner finds that an incontestability clause was indeed incorporated in a 1986 agreement for the film and throws out contract claims related to the movie's earliest finances. However, when it comes to Disney's other argument that the statute of limitations bars later accounting claims, the judge says it's Disney's burden to establish an absence of fraud that would undercut delayed discovery.
“Defendant provides no basis for why the receipt of a participation statement showing no profits would put Plaintiff Wagner's successor on notice that the participation statement was fraudulent,” writes Jessner.
Disney does defeat a novel claim related to the choice of auditor.
In the original lawsuit (which once included actor Richard Dreyfuss), the plaintiff raised a fuss over how Disney refused plaintiff's choice of Robinson Inc., founded by David J. Robinson.
The judge says the agreement provided a right to an examination by a “national firm of reputable CPA's,” and that Disney is correct that Robinson didn't qualify. Summary adjudication is granted with respect to contract claims over the auditor provision.
However, Robinson has asserted intentional interference with the right to pursue a profession, and the judge rules there is a triable issue as to whether Robinson suffered damages as a result of the rejection.
The trial is scheduled for July 19. Neville Johnson is representing the plaintiff, while Daniel Petrocelli is handling Disney.