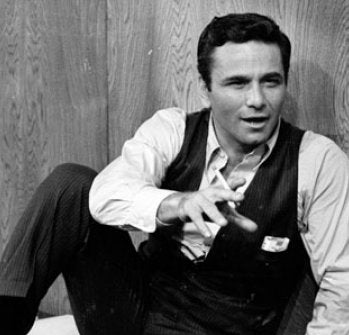 Remember when episodes of Columbo would start with a cleverly planned and, er, executed killing in which the perp took great pains in trying to throw the cops off his trail? Well, the creators of that iconic NBC crime drama starring Peter Falk are suing Universal over what they claim is not deliberate elusiveness but merely choosing not to pay them what was owed.

In a 15-page complaint filed today in Los Angeles Superior Court through their loanout companies, William Link and Richard Levinson say Universal City Studios has been holding out on profits from the series, of which the pair insist they are due 10%-20%. In fact, the producers say, the studio only issued a statement of accounting a year ago — along with a check for $2.3 million. But that wasn't enough to placate TV Hall of Famers Link and Levinson, who now are suing for fraud, breach of contract and more through their respective loanout companies Foxcroft Productions and Fairmount Production.
“The television studios are notoriously greedy,” the suit says. “This case involves outright and obviously intentional dishonesty perpetrated against two iconic talents. Here, Universal decided it just wasn't going to account to Plaintiffs on Columbo. Universal just sat on the money owed to Mr. Link and Mr. Levinson for years without any justification. Universal had never issued a profit participation statement to Plaintiffs. In late 2016 and early 2017, Universal sent a profit participation statement to each of Mr. Link and Mr. Levinson's respective loanout companies including a check for $2,321,634 for profits owed to Plaintiffs. Until Plaintiff received these checks, they were unaware that they were owed profit participation. Forty years is an inexcusable length of time within which to account.”
When contacted by Deadline, Universal had no comment on the suit.
Link and Levinson signed a contract with Universal City Studios in April 1971 to write