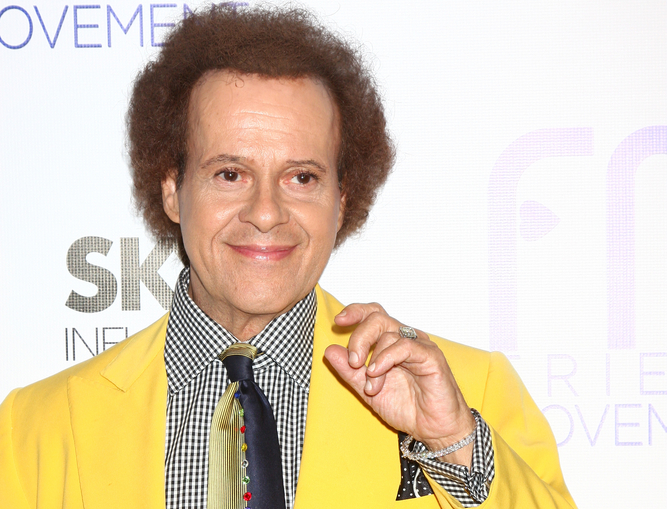 In Touch Weekly says it hired a PI to photograph Simmons leaving the hospital, but a California appeals court finds that purported newsgathering doesn't give the outlet First Amendment protection for a suit over a tracking device that was installed on his caretaker's vehicle.

Bauer Media Group can't use the First Amendment to end a legal fight with Richard Simmons over a tracking device he found attached to his live-in caretaker's vehicle — even if the company didn't know about the tracker.

Simmons in July 2018 sued Bauer claiming a private detective hired by its magazine In Touch Weekly attached an electronic tracking device to Teresa Reveles' car. The fitness personality also sued the PI, Scott Brian Mathews, and his detective agency LA Intelligence. (Mathews was charged with two counts of unlawfully using an electronic tracking device and eventually pleaded no contest to two amended counts of vehicle tampering and was given three years' probation.)

Bauer filed a special motion to strike the complaint under California's anti-SLAPP law, which brings an early end to lawsuits arising from protected conduct like free speech that are unlikely to be successful. The media company argued that it merely hired Mathews to photograph Simmons leaving Cedars-Sinai Medical Center in connection with a story of public interest: a celebrity's hospitalization after disappearing from the limelight.

“It is beyond dispute that reporting the news is an exercise of free speech,” writes associate justice Brian S. Currey. “California courts have also held pre- and post-reporting conduct, such as investigating, newsgathering, writing, and interviewing, is conduct in furtherance of free speech.”

The question is whether Simmons' suit takes aim at protected conduct or something else.

“Our examination of each of the pleaded theories of liability reveal none of the causes of action asserted against Bauer arise from Bauer's or In Touch Weekly's mere hiring of Mathews to photograph Simmons outside Cedars-Sinai Medical Center on April 17, 2018,” writes Currey. “Thus, to the extent the newsgathering activity claimed by Bauer qualifies for First Amendment protection, this lawsuit does not chill it.”

For purposes of the anti-SLAPP motion, it also doesn't matter that Bauer claims it didn't direct Mathews to use the device or even know that he did it. Explains Currey, “This factual dispute goes to the merits of plaintiffs' claims and is not relevant to the first prong of the anti-SLAPP inquiry.”