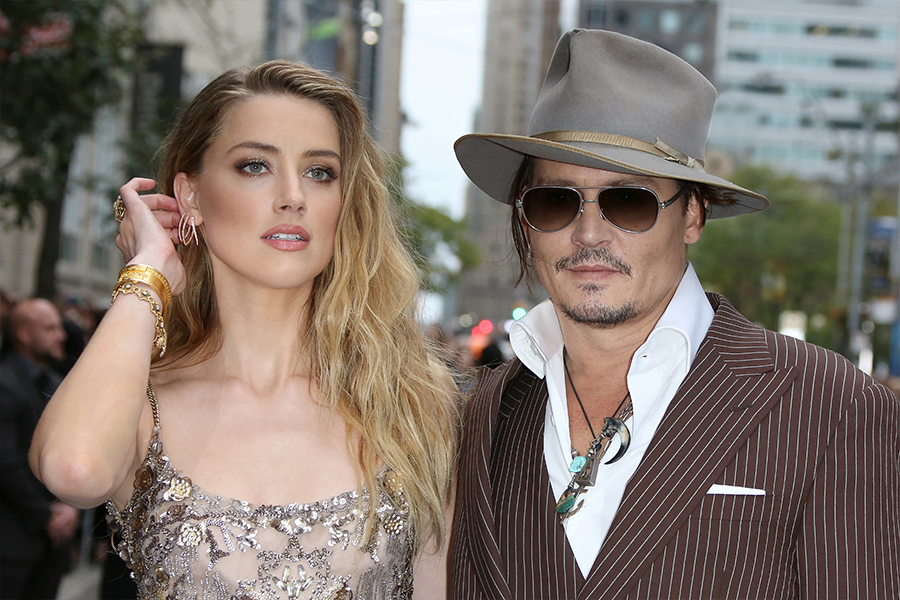 Johnny Depp and Amber Heard's divorce has been one of the nastier high-profile divorces in recent Hollywood history. There were salacious revelations about Depp's hard-partying lifestyle and excess, but the most damaging claims where Heard's accusations that Depp physically and emotionally abused her. This led to a 2016 restraining order against Depp and divorce in 2017 after 15 months of marriage.

More than making her allegations as part of the divorce proceedings, Heard also appeared on the cover of People magazine with bruises on her face. The co-star of Aquaman then published an op-ed piece in the Washington Post that addressed what she felt was an institutional protection of men against women who went public with abuse accusations. Depp was not named in the piece, but the context was clear for all to see.

Depp and his attorneys are now responding with a $50 million lawsuit (https://www.courthousenews.com/johnny-depp-files-50m-defamation-suit-against-ex-wife/) accusing Heard of false allegations and slander. The suit includes statements from two law enforcement officers who responded to separate incidents at their residence, many third-party witnesses and 87 closed circuit camera videos that provide evidence that Heard was lying about events that took place in their penthouse home where he reportedly struck her with his cellphone and destroyed the residence.

The couple settled their divorce outside of court, but this case of false allegations hinges on determining the truth. While recent troubles have put Depp's sizable estate on shaky financial ground, addressing issues of slander will likely be more valuable than a cash settlement of this case