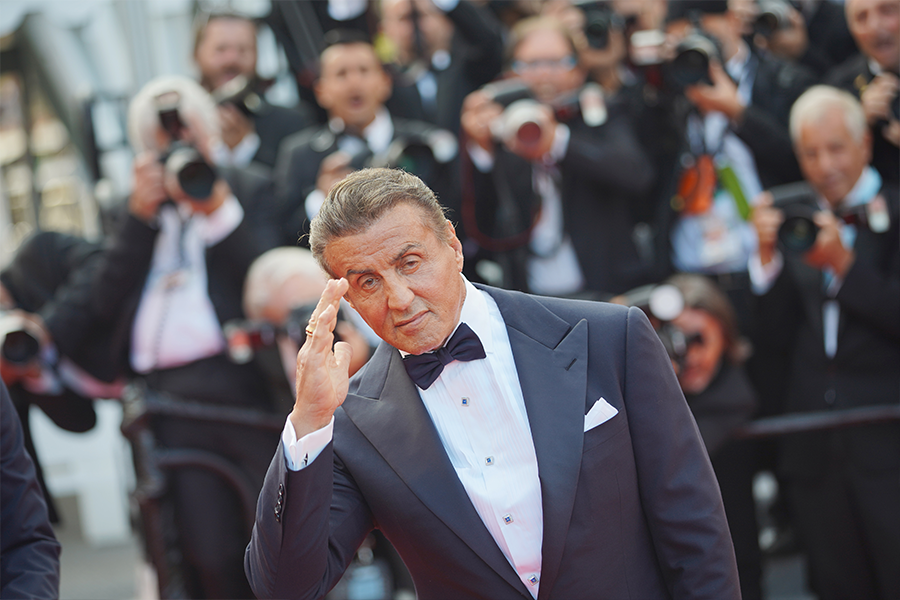 Getty Images Sylvester Stallone Legal developments in the world of entertainment, including troubles for Bob Weinstein, Peter Hoffman and Alec Baldwin. Warner Bros. has resolved a lawsuit that aimed to investigate the studio's accounting practices.

In April 2017, Sylvester Stallone's loan-out company brought contract and fraud claims in Los Angeles Superior Court. The actor alleged that the studio had concealed profits from the 1993 science-fiction film Demolition Man, and making an unfair competition claim, Stallone demanded an end to bad accounting practices for all talent expected to be paid by Warner Bros.

A year into the litigation, Stallone scored an initial victory when the judge rejected Warners' dismissal motion and ruled that he had sufficiently stated a claim encompassing others injured by the studio's accounting.

The dispute moved to the discovery phase, but it won't end up at trial after the parties submitted a motion to dismiss the case with prejudice.

Other developments in entertainment and media law:

— Bob Weinstein must continue to face a lawsuit from a woman who alleges being forced to endure sexual harassment as a personal assistant to Bob's brother, Harvey Weinstein. Sandeep Rehal alleges having had to cater to Harvey's sexual appetite and advanced a claim of aiding and abetting against Bob, the former director and co-chair of The Weinstein Co. In moving to dismiss, Bob argued that the complaint hadn't sufficiently stated the case that he was Rehal's employer or engaged in liable conduct. New York Supreme Court Justice Barbara Jaffe on May 13 rejected the dismissal bid with the conclusion that at this stage, Rehal has stated a cause of action by pleading that Bob knew or should have known about Harvey's conduct.

— Peter Hoffman won't be saved by the Supreme Court. The veteran Hollywood producer is facing up to 15 years in prison after being convicted of defrauding Louisiana's tax program meant to incentivize local production. Hoffman's petition to the high court sought to address the sufficiency of evidence needed to convict as well as the ambiguity of the tax incentive application. His bid for review was supported by many retired federal judges and criminal defense lawyers, but without comment, the justices denied review in an order Monday.

— Dana Brunetti has filed a suit in Los Angeles court against Discovery, Lionsgate, Charter Communications and others alleging he developed the idea of a character-driven “true crime” series documenting infamous criminal manhunts beginning with the investigation into the Unabomber. Brunetti, whose credits include Social Network, House of Cards and Captain Phillips, alleges that the anthology series was presented to Discovery, which engaged him for Manhunt: Unabomber, before the anthology series was sold to Charter. Now that Charter is reportedly working with Lionsgate over new cycles of Manhunt without his involvement, Brunetti is asserting breach of contract, breach of confidence, promissory estoppel and various other claims. His complaint demands a preliminary injunction to prevent the release of the second season as well as further compensatory damages.

— An altercation over a parking spot in New York City. Not unusual, except this one involved Alec Baldwin, who later went on The Ellen Show to remark, “I thought he was going to run my wife over with his car when he was stealing my parking spot.” See how Baldwin's attorney is now defending him from the subsequent slander suit….