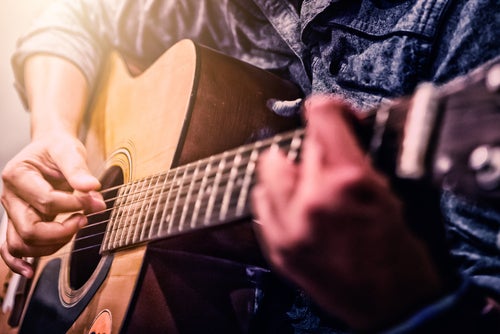 In a case that an attorney said could affect any musician whose recording contract predates the digital era, a California judge indicated Thursday that she will allow the estate of singer and actor Ricky Nelson to pursue a case against Capitol Records over the amount of royalties due from digital downloads of his songs.

The estate sued Capitol in October, alleging it breached Nelson's 1958 contract by underpaying royalties for music he recorded. The suit includes a claim for declaratory relief on the issue of whether the 10 percent royalty rate in that contract applies to digital downloads, or a higher rate Capitol pays for sales by licensees should apply.

At a hearing on Capitol's motion to dismiss the case, the estate's attorney Neville Johnson argued that the 1958 contract only covers uses of Nelson's master recordings in a “tangible physical form.”

The estate is seeking a royalty of 50 percent on digital sales of Nelson recordings by Capitol licensees. The company included that rate in a 1992 reformulation of royalty payments to “legacy” artists such as Nelson.

Melinda LeMoine, an attorney for Capitol, said that even if the 1958 contract only governs “physical” uses of a master recording, “We can still make reproductions of it in whatever format we like. That's what digital distribution is.”

Judge O'Donnell took the matter under submission but tentatively ruled the estate could proceed on the declaratory relief claim.

Johnson told Law360 after the hearing that O'Donnell's interpretation of the contract could impact any musician whose contract did not specifically cover digital downloads.

“The real issue in this [case] is digital royalties,” he said. “This is a precedent-setting case, a very important case.”

Nelson, who died in a plane crash in 1985, was a teenage heartthrob in the late 1950s to early 1960s, known for such songs as “Poor Little Fool” and “Hello Mary Lou.” He also played himself on the radio series “The Adventures of Ozzie and Harriet,” and starred in movies such as “Rio Bravo.”

The 1958 contract between Nelson and Imperial Records, which was later acquired by Capitol, defined a master recording as “any original recording, whether on magnetic recording tape or wire, a lacquer or wax disc, or on any other substance or material, whether now known or unknown” and gave Imperial the right to reproduce a master “by any method now or hereafter known.”

“I don't think we can say there's a controversy here” that would justify a declaratory relief claim, LeMoine told Judge O'Donnell.

But Johnson said the contract should be viewed in its predigital context, when record labels distributed physical products to record stores.

“None of those factors exist today in America anymore,” he argued. “This is why you're on the cutting edge of what's going on” with respect to digital royalties.

Judge O'Donnell also tentatively ruled that the estate could proceed on claims for breach of contract and unfair business practices, but she tentatively dismissed its claims for unjust enrichment, fraud and negligent misrepresentation.

The case is The Rick Nelson Co. LLC v. Capitol Records LLC, case number BC470812, in the Superior Court of the State of California, County of Los Angeles.