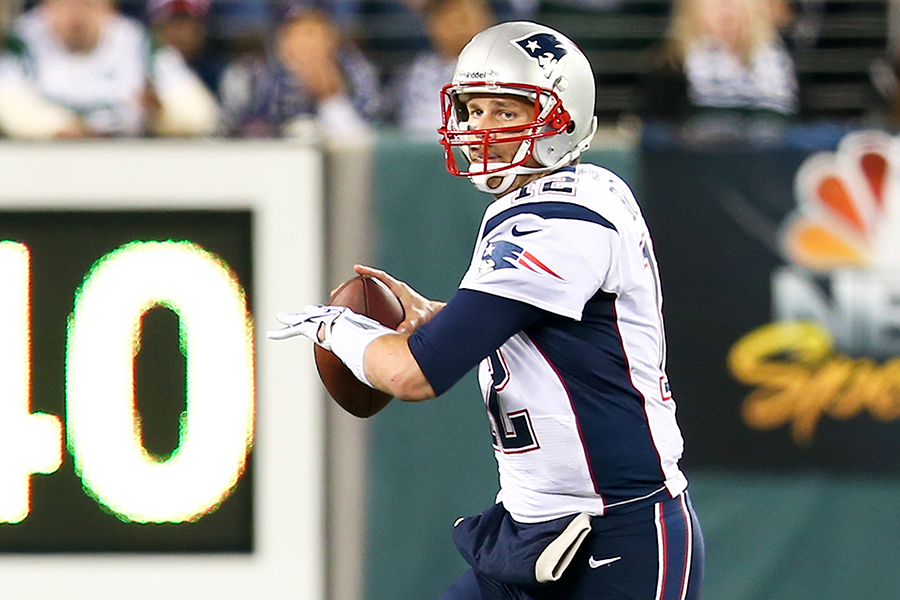 Tom Brady's profile transcends the NFL to be that of a full-blown celebrity who just as likely to show up in the tabloids as the sports page. Nevertheless, the New England Patriots quarterback suffered a rare defeat when he tried to trademark the phrase “Terrific Tom.” According to the U.S. Patent and Trademark Office (USPTO), the owner of this phrase is actually Mets pitching legend Tom Seaver. Perhaps looking for cover from irate New York baseball fans after the fact, Brady said after news of the application broke that he only wanted to protect the phrase so others could not use it.

The USPTO rejected the application even though Seaver did not trademark the phrase. In a statement, the agency concluded: “The mark TOM TERRIFIC points uniquely and unmistakably to Tom Seaver, and the fame or reputation of Tom Seaver as ‘Tom Terrific' is such that a connection between Mr. Seaver and the applied-for goods would be presumed.”

Brady may have had his request rejected, but many athletes have been successful. Examples include:
• Sprinter Usain Bolt trademarked a lightning bolt logo and lightning bolt pose.
• Quarterback Tim Tebow trademarked his “Tebowing” pose of dropping to one knee while holding a clenched fist to his forehead.
• Running back Robert Griffin III owns several trademarks, including “No Pressure No Diamonds” and “Dream Big Live Bigger.”
• Running back Marshawn Lynch received a trademark for “I'm just here so I won't get fined,” which he repeatedly said 10 months earlier during a Super Bowl Media Day.

Many opportunities out there

There has been much discussion recently about the endorsement deals that college athletes now can sign. These opportunities, however, are nothing new to professional athletes and their business managers. Athletes and managers with questions about applying for trademarks, protecting something as applied-for-goods and other marketing options are often best served to first discuss matters with an attorney who handles intellectual property matters, particularly ones who work with athletes and entertainers.