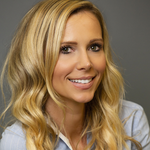 Aleksandra M. Hilvert is Of Counsel at Johnson & Johnson

Since being admitted to the California Bar in 2008, Ms. Hilvert has successfully settled over 100 complex lawsuits resulting in over $6.5 million in proceeds for her clients.  Her extensive experience in copyright infringement and idea theft cases supplements her 12 year background in general entertainment/business litigation.  Ms. Hilvert's courtroom experience includes successfully bringing and defending numerous demurrers, motions to dismiss, motions to strike, discovery motions and anti-SLAPP motions.

She is a legal mentor for the Creative Visions Foundation of Malibu which was founded to bring the power of media, art and technology on a quest for justice and has volunteered for pro bono clinics. As for transactional work, she represents screenwriters, actors, producers, directors, musicians, production companies, and publishers, among others, in high-profile negotiations and corporate formation.

Ms. Hilvert's client testimonials can be found on her Avvo page: https://www.avvo.com/attorneys/90064-ca-aleksandra-hilvert-1908394.html